Bahrain Mirror: What is the reality of criminal justice in Bahrain? Does the Bahraini justice perform its duty impartially and independently? Did the Bahraini courts succeed in achieving the most basic levels of accountability and impartial justice by prosecuting political dissidents, while there are security service men who kill protestors or beat prisoners to death? What is the role of courts with regards to the public prosecution's lawsuits, which fabricates terrorist charges against political dissidents in order to harshen the penalties against them?

"The Bahraini Judiciary...Terrorist Pretexts Versus Democratic Demands" book attempts to answer these questions and study the role of the Bahraini courts since the 2011 events to date by discussing samples of famous trials, and how courts turned into a tool in the authorities' grasp to harshen the sentences against political dissidents through linking their acts of protest to terrorist pretexts. 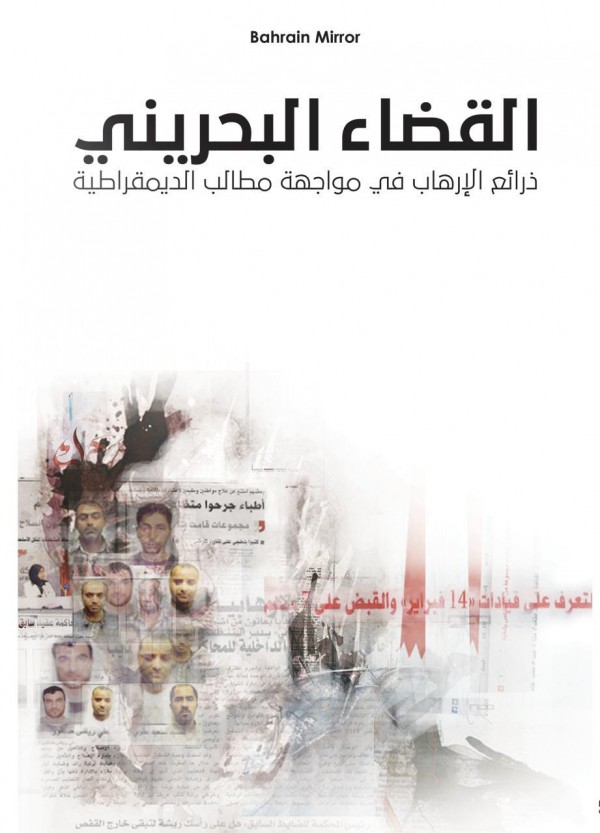